What would you get if some neocons decided to create comic books to tell the truth about the liberal menace? You’d get something like this: 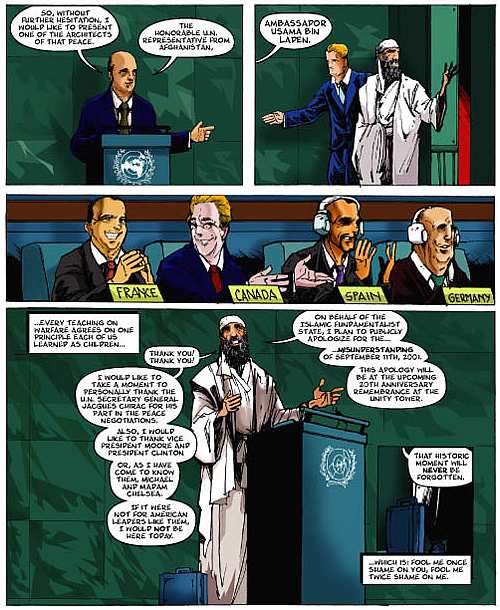 Extract from Liberality For All.

I’d like to think that the authors are actually writing it as a sophisticated parody of the right wing mindset, taking the lunacy heard on Fox News and imagining if it were true, and selling it to a gullible conservative audience. But I strongly suspect they’re serious.

They probably don’t see the hilariousness of casting G. Gordon Liddy and Oliver North as super heroes either.