In this article, I’m going to cut to the chase and provide my general tips for anyone considering a trip to Costa Rica.

First of all, get a GPS. A good one, with batteries that will last all day. You’ll probably want it to be water-resistant as well. We have a Garmin eTrex Legend HCx, which fits the bill perfectly. It’s rugged, waterproof, runs for over a day on two AA cells you can buy at any store, and has a transflective LCD screen that is readable in anything from bright sunlight to pitch darkness. 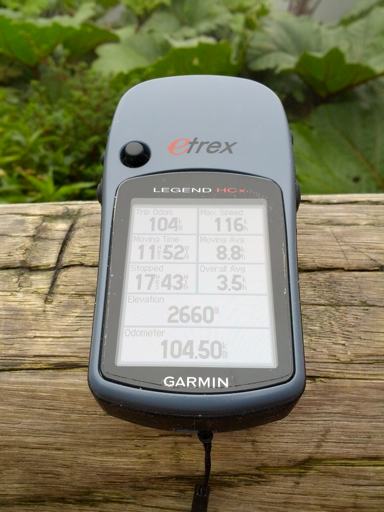 The reason you need the GPS is simple: Costa Rica doesn’t use addresses. The ‘address’ of our hotel translated to “100m south and 75m east of the junction where you turn to get to La Mandarina Catholic church”. Outside of San José, the streets aren’t even labeled with their names. Junctions between the dozen or so main numbered roads are labeled with road numbers, but other than that you’re on your own. Street names in towns? Forget it. So you’ll want a GPS that allows you to search for landmarks and find a route to get to them. I shudder to think what it must have been like for tourists trying to navigate with paper maps in the pre-GPS era.

When you’ve got your GPS, download some map data. If you’re thinking you’ll just use Google Maps on an Android phone—forget it. At least as of 2012, Google Maps has almost zero information about Costa Rica. It knows where the roads are physically located, and can find a few big corporate hotels and other major landmarks, but ask it to find a restaurant, car rental office or shopping mall and it finds nothing.

There are commercial map packs available for Costa Rica, but my suggestion is to make use of the OpenStreetMap project (OSM). It’s a Wikipedia-style project in which volunteers use their GPS units to assemble a collaborative map of the world that anyone can use for free. I found a page offering Garmin-format GPS map downloads of Costa Rica, ready to drop on a MicroSD card and slot into my GPS. If you do want to go the smartphone route, there are many OpenStreetMap apps for Android.

We generally found the OSM data to be more than adequate. We were only led astray three times while we were in Costa Rica. On a couple of occasions a road turned out to be passable only to foot and bicycle traffic, and we had to backtrack and take another route. On a third adventure, a four lane highway suddenly and unexpectedly turned into a one-lane dirt track and a disused railway line; we ended up following a taxi down the railway tracks. My guess is that the routes in question were logged on foot or on bicycle. Still, it’s hard to complain when the data is free.

If you want to keep in touch by phone or e-mail while in Costa Rica, you’ll want an unlocked GSM phone, or possibly a tablet. Cell phone service was deregulated quite recently in Costa Rica, so the state-owned Grupo ICE still has the best coverage via its Kölbi service. Your phone will need to support 1800MHz GSM, and should have UMTS support on 850MHz if you plan on using the web. I have a pentaband Galaxy Nexus bought direct from Google and completely unlocked, so all I needed was a SIM card.

Kölbi SIMs can be bought in pretty much any town in Costa Rica; you’ll see people with cell phones everywhere you go. There are even a couple of kiosks you can try before leaving the airport, though their systems were down when we attempted to buy a SIM there. We ended up finding a helpful phone store in Alajuela the next day. A prepaid SIM is around $6 (3000 Costa Rican colones). That includes both voice and data; you are charged for data use by the minute, but it’s otherwise unlimited. The card comes with about 80 minutes of local calls or data. I switched my phone’s mobile data off when I didn’t absolutely need it, and the $6 card lasted us for the entire 10 day vacation. If you need more minutes, you can recharge the card for cash at practically any supermarket or corner store in Costa Rica; just look for the green frog logo.

It’s worth mentioning that lots of businesses in Costa Rica have WiFi. In any remotely touristy area you’ll probably be able to find a café or restaurant which has free WiFi for customers, though many of them use passwords which you need to ask for, and that can be tough if you don’t speak Spanish.

As mentioned earlier, Google Maps is sadly useless for finding restaurants in Costa Rica. However, Foursquare data is crowdsourced by users, so if you have a working smartphone it’s a pretty good way to find good food and drink near your current location.

If you’re taking an expensive phone and camera, don’t forget to pack some Ziplock bags to keep your gear dry in a tropical rainstorm. I also took my Timbuk2 messenger bag to use as a daypack, as it’s the most waterproof bag I own.

That’s about it, as far as the essentials for any kind of trip. Next I’ll continue with my suggestions for anyone considering venturing outside of San José and Alajuela.

Costa Rica has at least 6 distinct ecosystems. Each has its own typical climate. That’s a lot of weather packed into a small area. We quickly discovered that checking the weather forecast in Costa Rica is a complete waste of time; even if the forecast for a specific location is correct, driving for 15 minutes can take you into a completely different microclimate.

The “green season” (or rainy season, to give it its less tourist-friendly name), is Costa Rica’s winter. It lasts from May through November. The main summer tourist season runs from December through April. We decided to risk the green season, as it’s a lot cheaper and less crowded. So in practice, all we knew was that the weather would be somewhere between 15 and 30°C, and that it might be blazing sunshine, torrential rain, or anything in between.

Hence for footwear, my main suggestion is closed-toe water-friendly hiking sandals. Merrell, Keen and Teva all have suitable shoes. Those will be good for pretty much anything short of heading off-path in the rainforest. If you want to do that, you’ll want to wear what the locals wear—rain boots, aka Wellington boots.

At some point you’ll probably find yourself getting drenched, at which point it might be a day or two before your hiking sandals dry. So take a second pair of shoes as backup; I took my old pair of classic Tevas. Costa Rica is not generally a country for expensive dress shoes; even in San José, you won’t look out of place in casual footwear.

For comfort, I found that liner socks worked wonders. You can go to REI and pay $14 a pair for special quick-dry hiking socks, or you can go to your local dollar store and buy four pairs of nylon socks for $6 which will do the job quite adequately. 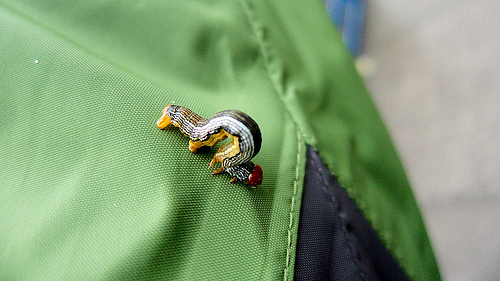 Your most important purchase for the green season, is a lightweight rain jacket. Get one that’s as light as possible, because rainforest has that delightful property of being uncomfortably hot as well as soaking wet. You can always layer something underneath it if you’re spending the day up a mountain. Don’t get Gore-Tex; there are better and lighter shell fabrics available these days, but you don’t hear about it because the makers of Gore-Tex engage in unfair and anticompetitive business practices. Gore-Tex is also an environmental contaminant, being made using PTFE and containing PFOA. Most of the major brands now have their own waterproof membrane that’s as good as Gore-Tex or better, and often more environmentally friendly.

Get vaccinated. You’ll want to be up-to-date on Tdap (specifically tetanus), Hep A and Hep B.

Other than that, the main disease risk is dengue fever, spread by mosquitoes during daytime. However, the risk area is the jungle-like rainforests in the south-eastern part of Costa Rica. We were advised to wear insect repellent all the time, but other than in Carara national park we barely saw a mosquito in the 10 days we were there. I got 1 bite, rothko got 2.

That said, you will want insect repellent in the forest. The chances of getting malaria are practically zero, but bites are still annoying. There are five kinds of mosquito repellent that actually work, according to the CDC:

Eucalyptus and picaridin are relatively safe and suitable for general use around town, though we didn’t bother. When venturing into rainforest, you’ll want something more effective: DEET or IR3535 on exposed skin areas, and Permethrin on clothing.

Sonic mosquito repellers are utterly useless, in case you were wondering.

Water is generally drinkable in town. We drank tap water all the time when we were in Costa Rica, and had no problems. If you prefer to drink bottled water just in case, there’s no problem obtaining it.

No, you don’t need drugs or vaccinations for malaria. No, you won’t get cholera or typhoid. Relax.

So, that’s my Costa Rica travel advice, for what it’s worth. If you want something more detailed, like an actual guidebook, I rather liked Frommer’s Costa Rica 2012—clear and easy to read, and focusing primarily on things to do and see rather than giving lots of listings of hotels and restaurants.