On Sunday, the sun emerged from the clouds. The weather was beautiful, apparently perfect for cycling as we saw a lot of serious cyclists go by as we waited for the bus. We also saw around 30 or 40 bikers head for Delicias del Maiz for brunch. They weren’t Hells Angels, but I didn’t manage to see the entire name of their group as they went past.

Our destination was Zoo Ave, a rescue center turned zoo. 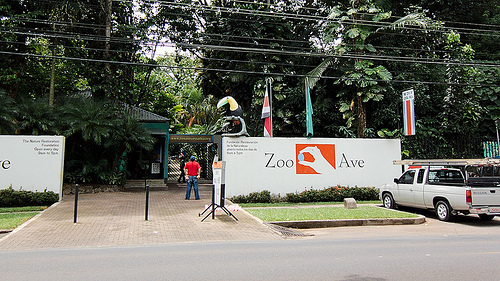 Zoo Ave started out rescuing native birds that had been illegally taken as pets. It has now expanded its remit to include monkeys, turtles and crocodiles as well. (Yes, there are people dumb enough to try to keep crocodiles as pets.) 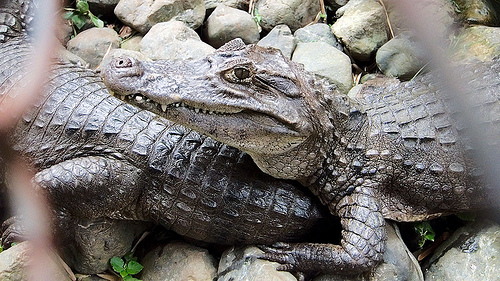 The grounds are carefully maintained as native forest; you wander through trails to get to the animals, who in most cases are living in something reasonably close to their native habitat. 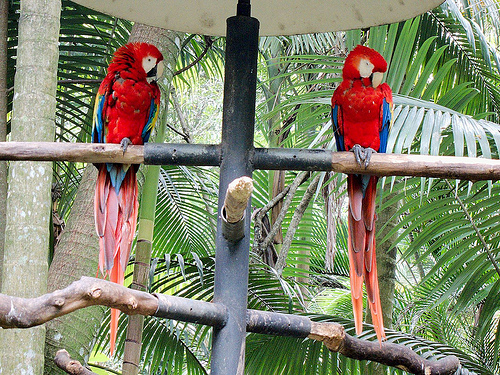 The most common macaw in Costa Rica is the scarlet macaw. Like other macaws, they can live for up to 75 years, and have roughly the intelligence of a 5-year-old child. Their beaks can snap a broom handle, their squawking can be loud enough to cause hearing damage, they poop every 20–30 minutes, they are curious and get into trouble, and they need constant intellectual stimulation. They are emphatically not good pets unless you have a lot of time on your hands and are prepared to spend the rest of your life looking after what is basically a flying toddler. 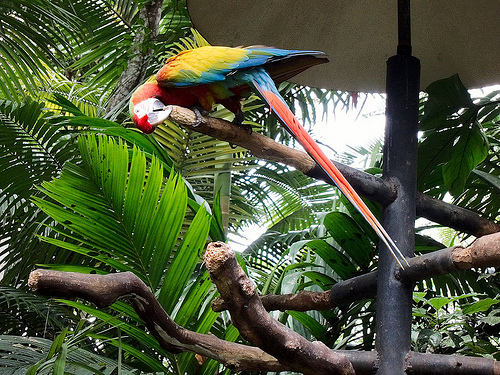 I love parrots, and macaws are beautiful and friendly birds, but they are way too much parrot for me to deal with as a pet. 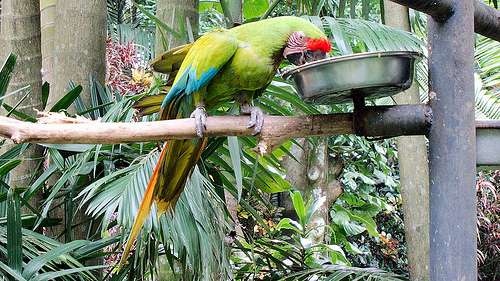 The other macaw native to Costa Rica is the great green macaw. It looks similar to the military macaw, but is larger and has a more pronounced red patch above the beak. It’s the second largest parrot, beaten in size and beak strength only by the hyacinth macaw. 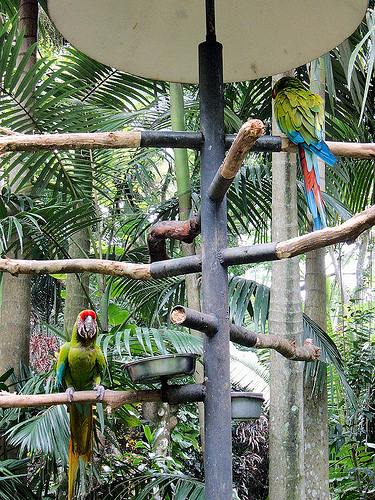 Zoo Ave also has some blue and gold macaws who were abandoned pets, though they aren’t native to Costa Rica. 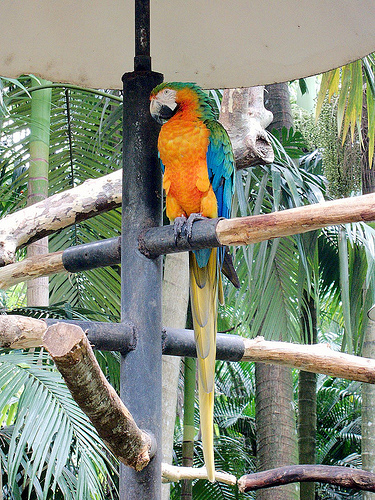 Parakeets, on the other hand, are native, and we saw flocks of them later in our vacation. 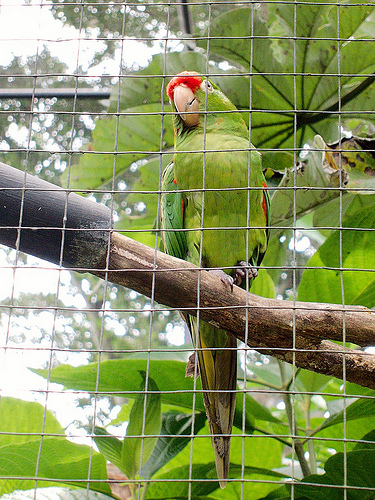 Of course, parrot food is also good eating for lizards. 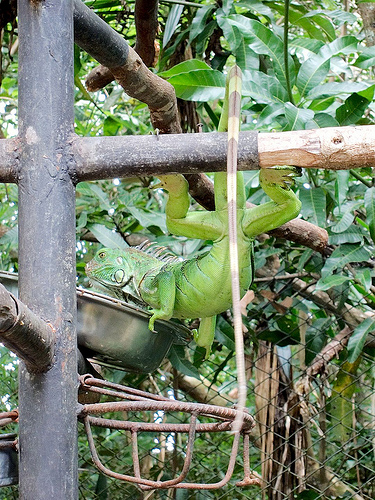 One of the best things about zoos and parks in Costa Rica is that many of the creatures are not locked away behind bars or acrylic glass. 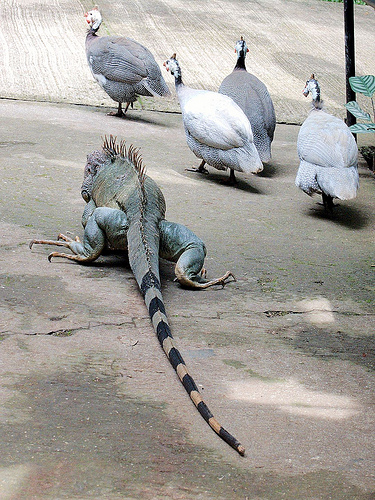 Even the monkeys weren’t kept locked away. I can’t imagine an American zoo having monkeys loose with no fence or cage to keep them separated from the humans. It’s the sort of thing that would make a personal injury lawyer salivate. 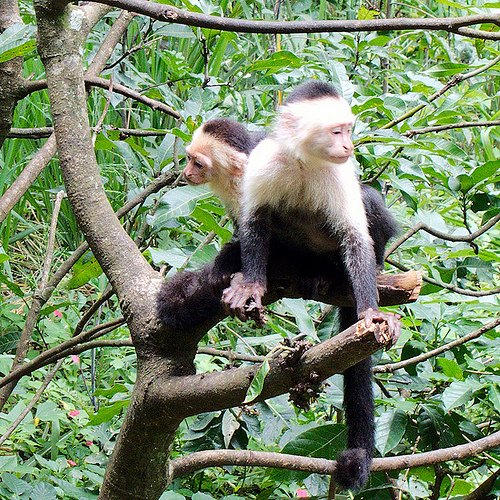 Happily we experienced no monkey attacks or poo-flinging. The animals seemed to be pretty happy. In fact, some of them were having a really good time. 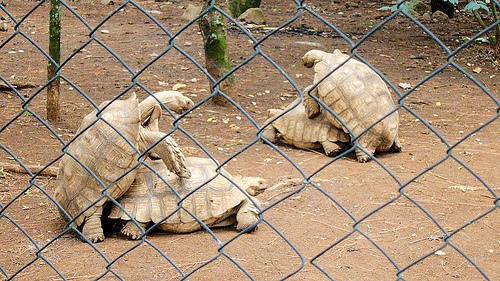 I’m obviously not a big fan of zoos in general. However, Zoo Ave seems like one of the least bad options for a rescued Costa Rican monkey or parrot. It’s also the only place you are likely to see a resplendent quetzal up close, though we failed to do so.