On Monday, we arranged to go on an all-day tour. The hotel had information about various tour packages organized by local companies. Now that we had seen some parrots, it was time for coffee, so we picked out a day trip that would take us to Poas Volcano and the Doka Coffee Estate, then to see some local crafts.

As the bus climbed up the mountainside, we entered the cloud forest. 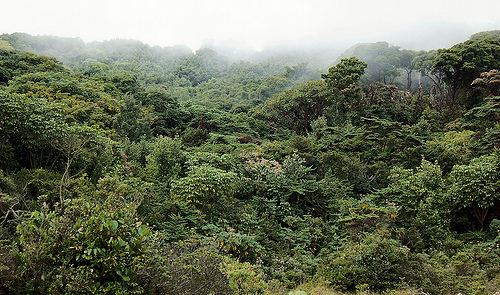 The weather got colder and damper. Some ubiquitous huge-leaved plants are apparently known as “poor man’s umbrella”, Gunnera insignis. The leaves can grow up to 2m across. 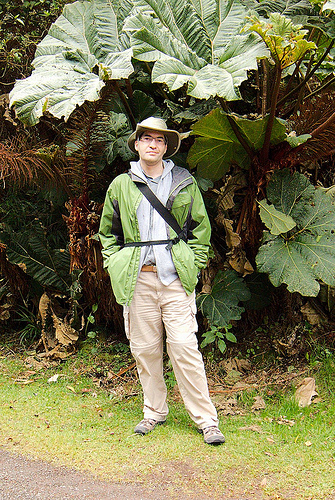 The volcano crater was a short hike, and we made it just in time to get a good view before cloud settled across the entire landscape. 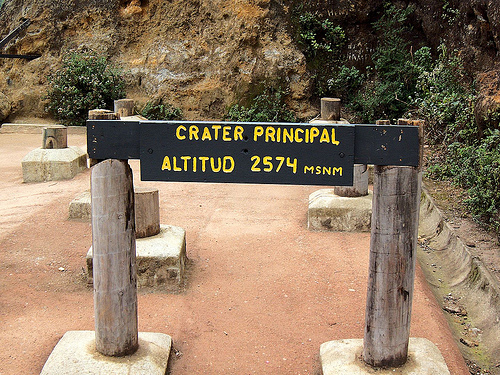 Our tour group included another couple from the USA. They were from NYC. Shlomo was rocking a green revolutionary-style cap, and I couldn’t help thinking of Woody Allen in “Bananas”. We all set out to walk to the second crater, a 30 minute hike. Unfortunately the mist had rendered the crater itself invisible when we got there, but still, it was amazing to walk through cloud forest. It reminded me of a scene from an adventure game. 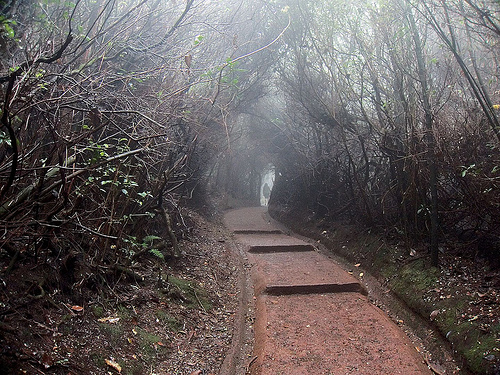 I also managed to get a photograph of a beautiful green mountain gem hummingbird, who was remarkably relaxed about my presence. 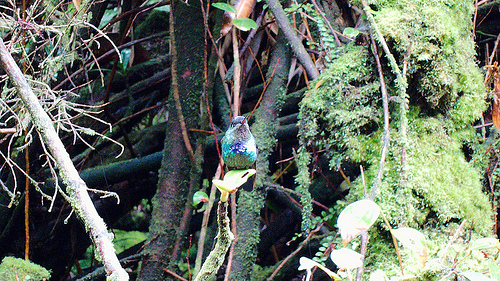 We had lunch at the Doka estate. The food was typical Costa Rican, but the desserts were a confection of coconut that tasted like the inside part of a Bounty bar. The Doka Estate is located lower in the hills, but it’s still a pretty winding and narrow drive. There were points where I found it hard to believe that the bus was going to make it, and I was definitely glad not to be driving.

I hadn’t visited a coffee farm before, and I was only vaguely aware of the process. At a large farm like Doka, the coffee bushes are planted in neat rows and kept at a manageable height for harvesting. 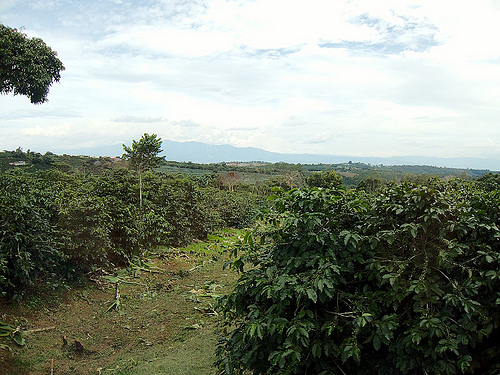 To encourage pollination, the farm plants lots of nectar-bearing flowers nearby. 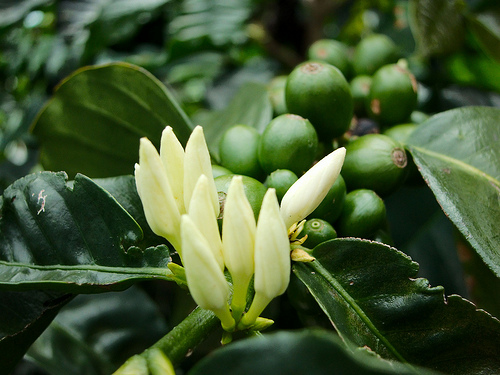 The picked cherries are collected and dumped into a large collecting hopper. 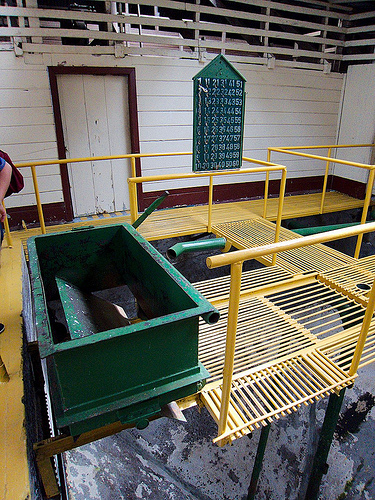 Next, they are washed and the skin and pulp is removed mechanically. 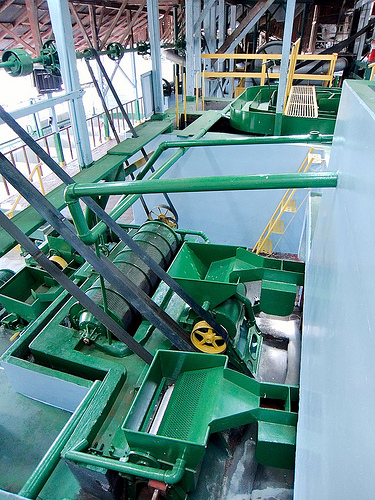 After being left in tanks to ferment for a while, they are send through a mechanical drying process, then taken outside into the sun. 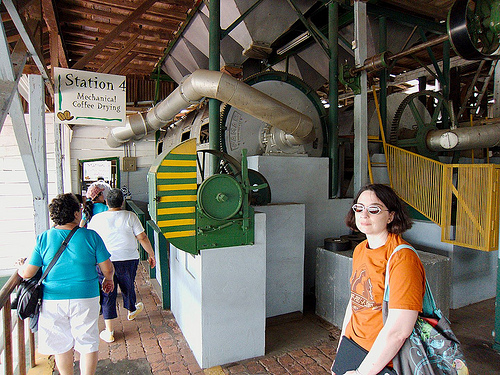 Outside they are raked in order to separate the dried skin from the greenish coffee bean within. 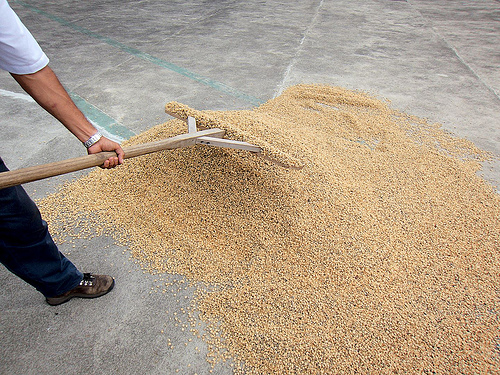 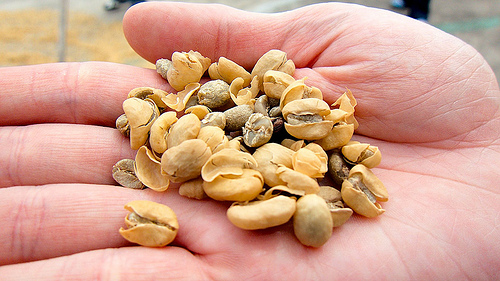 At that point, the green beans are finally ready for roasting. 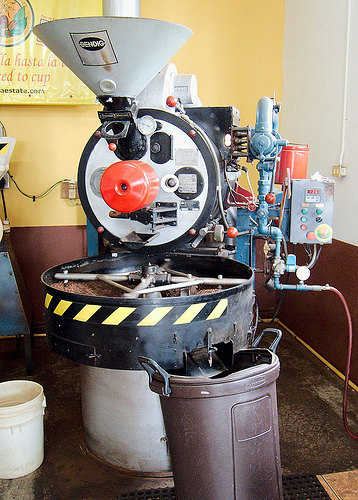 After testing the end product a few times, we headed on to Grecia, which is noteworthy for its metal church. Legend has it that the church was supposed to be sent to Punta Arenas in Chile, but was accidentally shipped to Puntarenas in Costa Rica. Wikipedia says the legend is untrue, but it’s a nice story. 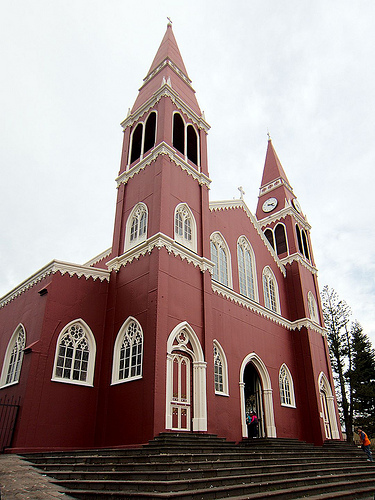 You might think that a self-assembly church would come from IKEA, but it’s actually from Belgium. 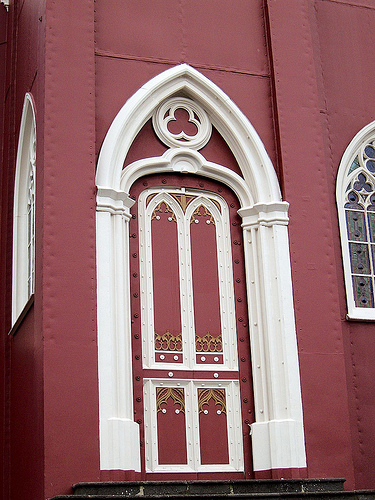 Presumably the sermons are riveting. 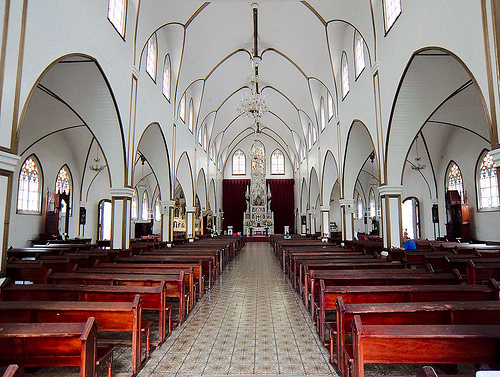 Our final stop was Sarchí, which I think of as the High Wycombe of Costa Rica, being a major center for artisan furniture craftsmanship. 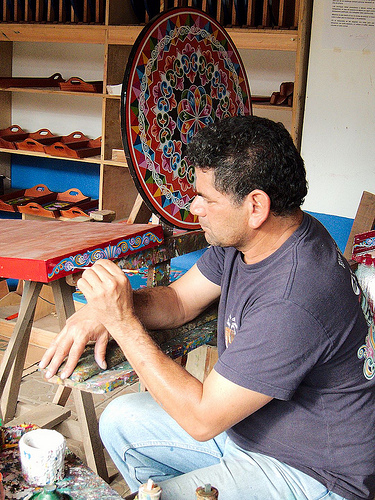 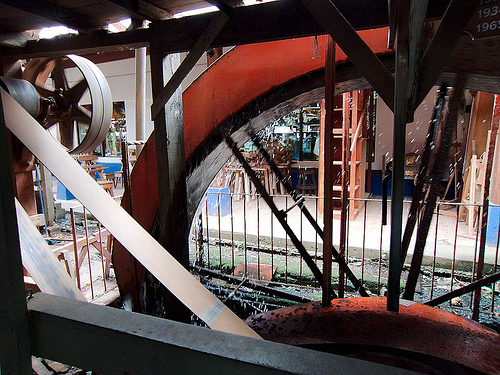 They manufacture traditional Costa Rican oxcarts, which are beautifully hand-painted. 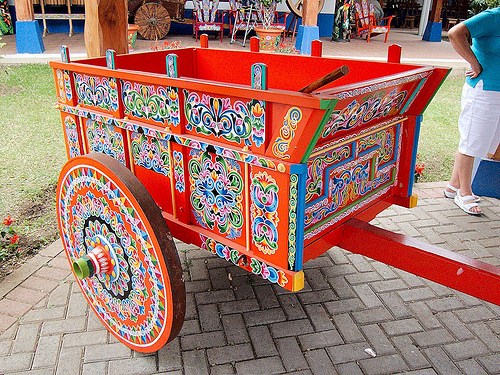 On one occasion we saw a farmer actually using one to haul crops. I’d think he was doing it just to get attention from tourists, but we were way out in the countryside at the time.