Rather than returning straight to Alajuela, we decided to take a detour to Carara National Park. Located on the Pacific coast of Costa Rica, it’s one of the best places to see scarlet macaws in the wild. Unfortunately, best times to see them are morning and evening; we were too late. We heard some macaws heading off into the distance, but we didn’t see any.

Carara is the northernmost area of rainforest in Costa Rica. There was a slight mist of rain, and although the sky was cloudy, the humidity level was stifling. We put on our Minnesota-strength DEET insect repellant and ventured in. 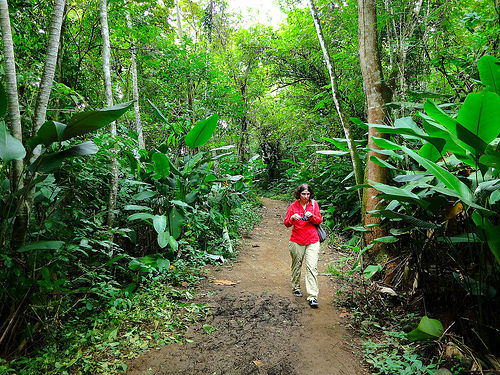 Like many other forests in Costa Rica, paths and trails make the going relatively easy, at least at first. However, as we got deeper into the forest and past the point at which casual visitors gave up and went back to their cars, the foliage got denser and the path more muddy and uncertain. Weird plants and fungi became more frequent. 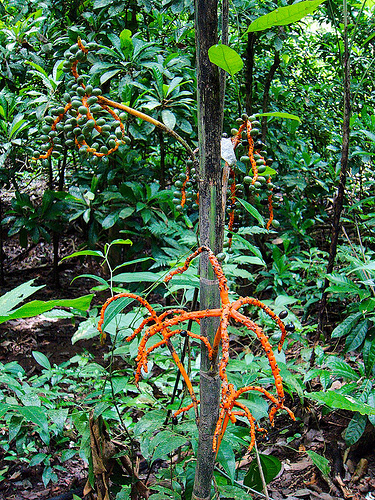 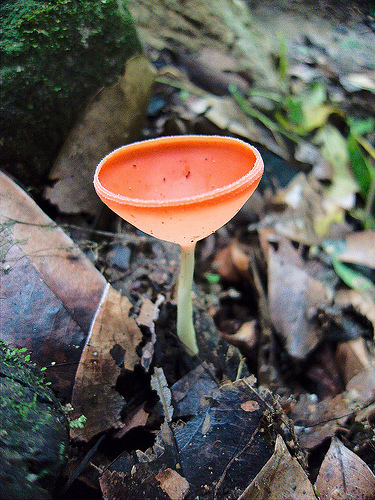 Many times I stopped to marvel at trails of leafcutter ants making their way through the forest. In towns, trees often have their trunks painted white to discourage leafcutters. 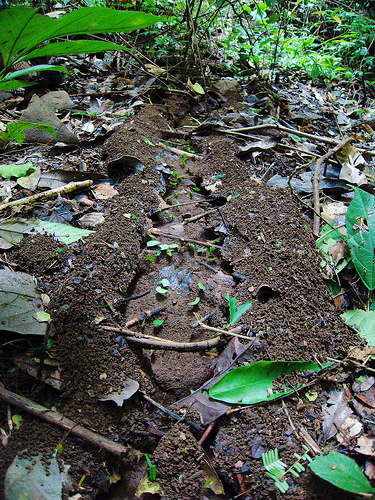 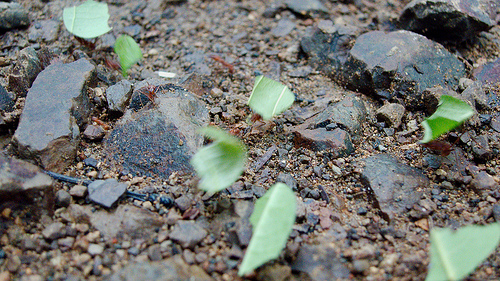 Most of the wildlife we encountered was reptilian. 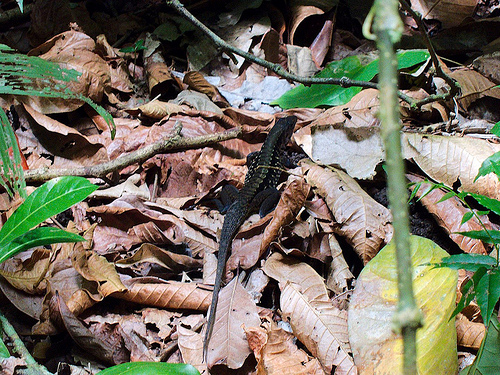 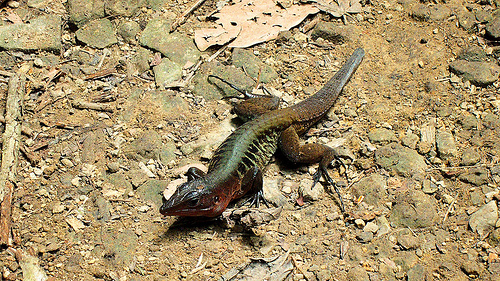 Eventually we got to a dead end. As we looped back the way we had come, we heard an eerie roar of some unknown creature. I wondered if there were bears in the forest. Surely if there were, we would have seen a warning about it? Eventually we realized what the sound was: howler monkeys in the distance. 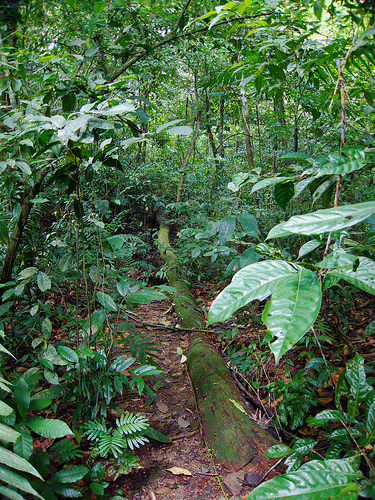 By the time we got back to the entrance, we were drenched with sweat as well as lightly damp from the rain. We got into the SUV and went off in search of a restaurant, before starting the long drive back to the hotel.

On the way back, we saw two [motmots][9] sitting on a power line. The motmot is a kingfisher-like tropical bird with an amazingly long tail, often with a racket-like tip. It’s the national bird of Nicaragua, and its name is fun to say. I decided my new mission was to try and get a photo of a motmot. I finally managed it a couple of days later. 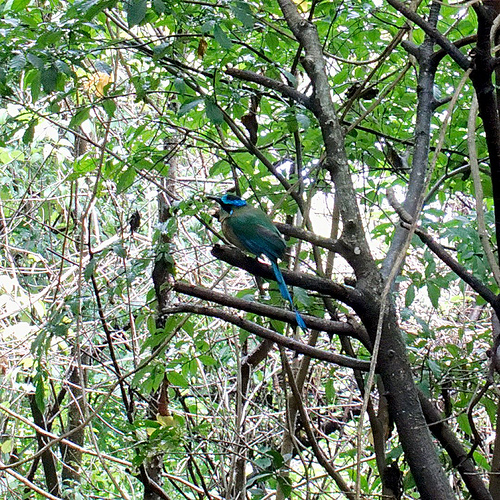