On Saturday, we decided that we ought to check out San Jose, Costa Rica’s capital. However, after a week of good weather, the Green Season climate finally caught up with us. It began to rain, heavily and steadily, in a way which suggested it could keep it up indefinitely, and had every intention of doing so.

In the city, attractive young Costa Ricans, all wearing red T-shirts, were wandering through the congested traffic collecting money for what turned out to be a local equivalent of Habitat for Humanity. As the day wore on and the rain continued, the T-shirts got wetter and wetter. I don’t know if this improved their ability to attract charity; we donated.

Soon the 4 lane street we were on suddenly turned into 1 lane and a disused railway line. After spending some quality time exploring the city’s one way streets, we decided to take refuge in a shopping mall and get some lunch. We made our way to the food court, and to our horror found Burger King, Pizza Hut, Taco Bell, McDonalds, KFC, Quizno’s and Cinnabon—in that order, and nothing else. We headed elsewhere.

I’m not inherently against globalization. There are aspects to it that are good, like the fact that most people in Costa Rica seem to have a cell phone. I certainly wouldn’t want to deny anyone the opportunity to buy a Whopper if they want one. And I remain bemused at the relative rareness of smoothies in Costa Rica—they have the hot weather and they have plenty of fruit, so what’s stopping them?

Yet at the same time, there’s something tragic about seeing such a heavy infestation of Generica in the middle of such an amazing country. Elsewhere in the city, the Marriott has guards, cameras, and a perimeter wall. Inside the perimeter it looks like every other Marriott. You could stay there and never realize you weren’t in the USA. I found myself thinking that globalization is a form of cultural genocide in which the victims participate willingly.

So if you want to go to the museums in San Jose, do it. Otherwise, skip the city entirely. It’s basically Costa Rica’s Dallas.

On our last day, we were supposed to go to the rainforest again via an all-day tour package. Unfortunately, the rain had caused a landslide which had blocked the only road east to our destination. The tour company offered to take us to La Paz instead, but since we had been there already we turned down the offer and took a refund.

Instead, we went to INBioparque Costa Rica. They had some sort of German festival going on, strangely enough. The park itself had forest we could walk through, and unlike the actual rainforest many of the plants were helpfully labeled with what they were. 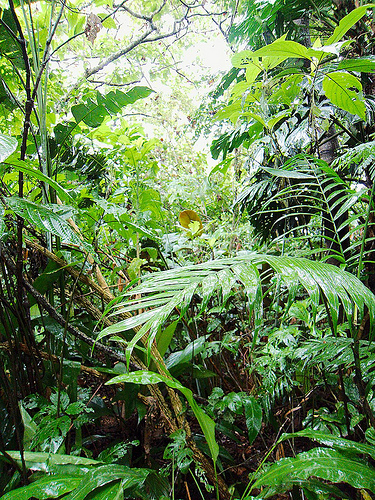 Thus I got introduced to the Bromeliads, which sound like an epic series of fantasy quests for frat boys, but are actually the members of the plant family that includes the pineapple. 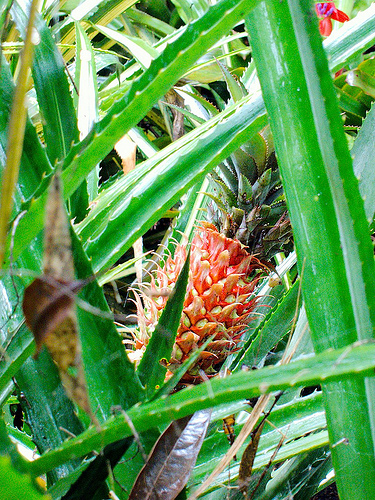 The colors of the flowers on the bromeliads were amazing. 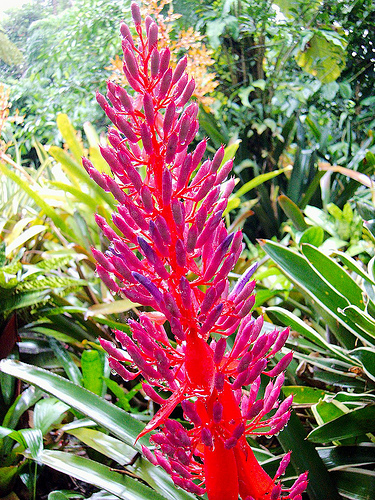 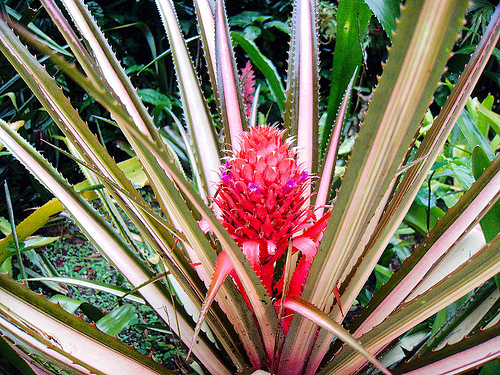 We saw good examples of leafcutter ant damage on some of the plants.

I even managed to get the motmot photo I had been hoping for. So it wasn’t quite a trip to the jungle, but it was a pleasant enough afternoon and the best we could do at short notice.

So finally, it was time to leave Costa Rica. We dropped off the rental SUV and got a shuttle bus to the airport.

One weirdness is that you have to pay to leave. There’s a $26 visitor tax payable on departure, plus $2 to cover your security inspection. We paid up, then dropped off our bags and collected our boarding passes. The rest of the story has already been told.

Would I go back? Definitely. Perhaps next time to the coast. More rainforest, perhaps some hot springs at Arenal volcano.

It’s a remarkable country. The people really are friendly. It somehow manages to remain stable with an economy based around agriculture and tourism, and with no military at all. I think that’s hugely admirable. I just hope that the trend towards green tourism works, and that a balance is found that enables people to travel there without ruining the place.

But for all its awesomeness, I couldn’t live there. It’s too disorganized and chaotic, and I think the food would drive me crazy.