Architecture sends a message. Pierre Charles L’Enfant understood this back in the 1700s, when he designed the National Mall in Washington DC. Here’s a quote from his biographer:

“The entire city was built around the idea that every citizen was equally important,” Berg says. “The Mall was designed as open to all comers, which would have been unheard of in France. It’s a very sort of egalitarian idea.”

The democratically-elected Congress was given the prime location, instead of the White House. L’Enfant also wanted the architecture to reflect the composition of the nation, with the states literally owning and managing the land of the various squares at the intersection of the boulevards. That part of his plan didn’t come to fruition, partly because there were too many states, but it speaks to his overall vision.

To emphasize how radical the design of the National Mall is, it’s perhaps best to look at a capital with a design that takes the exact opposite approach — Moscow.

The walls of the Kremlin as they appear today were built in the late 1400s. The monarch decreed that no other structures could be built nearby, and the castle itself was separated from the rest of the city by a 30 meter wide moat. From Red Square, you see a wall. It’s only when you are allowed inside that wall that you find an entire miniature city, complete with its own cathedral.

Here’s another example of architecture that sends a message: 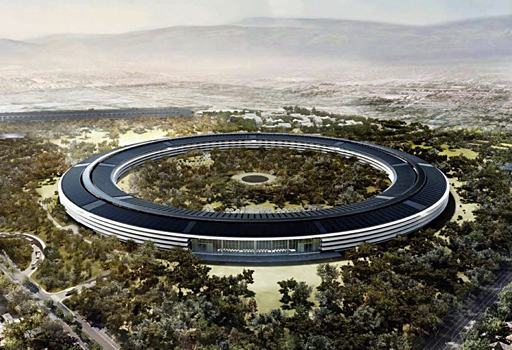 What do we see here? An alien spaceship lurking in the woods. A giant bubble, hermetically sealed against the outside world. A 21st Century fortress with its own palatial gardens behind the walls.

You might think I’m reading far too much into the design of Apple’s proposed new campus, but let me show you another building that’s remarkably similar: 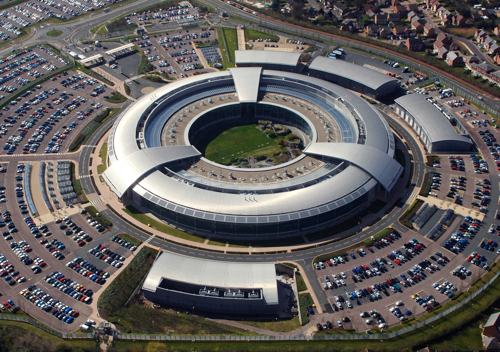 It’s the headquarters of GCHQ, the UK’s ultra-secretive and paranoid equivalent of the NSA. Is Apple’s homage to GCHQ deliberate, or just an accident of starting from the same design goals of walled-off secrecy and philosophical isolation?

Tim Cook has said that he wants Apple to be more open. Unfortunately, it’s probably too late for Apple to change their building plans at this point, and so the new headquarters will be a monument to the mindset of his predecessor.