[One of a series of articles.]

You’ve probably heard about Bitcoin. You might not really understand what it’s all about though, so here’s my non-technical explanation.

Imagine you’re growing tulips. Anyone can grow tulips, but it takes time and energy, which puts a limit on the number of tulips around. However, they have no intrinsic value; you can’t use them to heat your home or feed your kids. But, people like them, they’re pretty. Maybe you can persuade someone to pay you $1 for each tulip, and use them as a source of income. Suddenly you’re a tulip farmer. 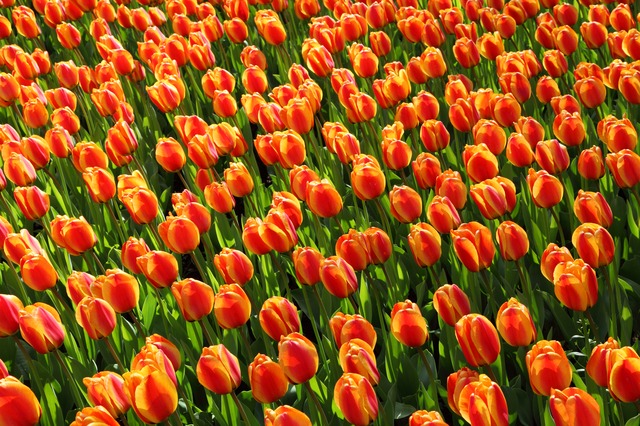 Now, suppose tulips become fashionable, and suddenly pretty much everyone wants some. At this point, someone could buy tulips from you, and then sell them on to someone else, and break even on the deal — maybe even make a bit of profit. For convenience, you might want to just sell the tulip bulbs, as they’re a lot easier to carry around in your wallet, and they can easily be turned into the actual tulip later on, right?

Now, if enough people accept tulip bulbs in exchange for goods (as well as money), it might be worth it for a store to let you pay in tulip bulbs. You could go to the grocery store and buy some food, pay in tulip bulbs, and the store owner could use the tulip bulbs to pay his supplier. If the price of tulips went up between him accepting them from you and paying his suppliers, he might even make a bit of extra profit.

Now, imagine that suddenly everyone gets the idea that this new method of using tulips instead of dollar bills is awesome, because it’s exciting and new and you can turn them into pretty flowers that smell better than some dollar bill that’s been in a stripper’s underwear. Now everyone wants to use tulips as money instead of dollars. However, there’s a finite rate to how quickly the tulip growers can grow more tulips and produce more bulbs. So before long, the cost of a tulip starts going up quite quickly. At this point, the people who are accepting tulip bulbs in exchange for goods are making a noticeable amount of extra profit between when they accept the tulip bulbs and when they pass them on to someone else. The supermarket accepts 20 tulip bulbs in return for $20 worth of groceries; but by the time they pay their supplier, those tulips are worth $2 each, so they only need to use half of them to pay the supplier, and the rest is pure profit.

At this point, people will notice that you can make more profit using tulips as money than you can using dollar bills as money. So there will be a big rush to adopt tulips as a new form of currency. You’ll have tulip banks accepting tulip bulbs and storing them safely in a climate-controlled secure locker for you. You’ll do deals in tulips where you don’t even actually exchange the bulbs, you just record that a bunch of tulips in a warehouse somewhere now belong to person B instead of person A. You’ll have a rush of people trying to farm tulips at industrial scale. The price of tulips will go up and up. It’ll hit $10 per tulip, $100 per tulip.

And then at some point, reality will set in. People will stop and think “Hang on a minute, $130 for a tulip? It’s just a flower! It’s not worth anything!” They’ll quietly stop accepting tulips as payment, and go back to dollar bills. Once enough people individually make this decision, there will be what economists call a “market adjustment” — i.e. the price of tulips will crash back down.

Now, you may think this is all a silly story, that nobody would really pay hundreds of dollars for a tulip or use tulips as currency — except they did. It all happened, back in the 1600s. At its peak, a single tulip bulb sold for 10x the annual salary of a skilled craftsman. One tulip bulb, half a million bucks in today’s money.

And my point is: Bitcoins are just like tulips in almost every important respect. They have no intrinsic value (they’re just sets of numbers). They are only worth something because a lot of other people have decided to pretend that they are. They’re new and trendy, and there’s a finitely-increasing supply, which has led to increasing prices. That, in turn, has led to speculation, and driven the price up by 1000x or more. And if history teaches us anything, at some point in the future that price will go back down to practically zero.

Dollar bills, on the other hand, have some intrinsic value in that government will accept them as payment for services and to pay your taxes. While it’s true that theoretically all the governments that accept dollars could vanish, or a government could adopt Bitcoin as legal tender, I don’t think either of those are likely to happen. (More about that in a later article.)

But in the mean time, a lot of people are hoping they can buy or grow some digital tulips, wait a bit for them to go up in value, and sell them on to some other sucker before the price comes crashing down.