Recently I’ve suffered some sort of viral infection that left me with pounding headaches for almost two weeks. I’m currently fighting off the last of it, which mostly manifests as dizziness but is amenable to regular doses of aspirin.

During my long days of laying in bed dosed up on hydrocodone and still aching, my mind naturally turned to trepanation, a controversial elective surgery often performed by amateurs, and featured in the movie π. Today I found a cartoon guide to trepanation. I do not endorse the procedure. 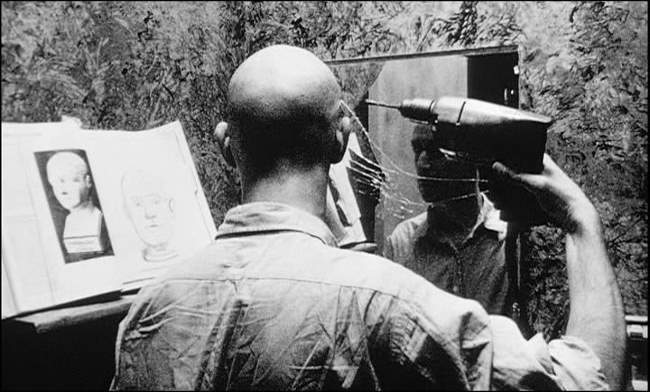 In the end my feverish mind latched onto the other kind of pie as a reason to live. Having lost 2kg during the depths of my illness, once I was well enough to make it to the supermarket, I bought myself an entire apple pie. I do endorse apple pie, when used responsibly.