Biggest screenburn ever, with a big “indie zone”.

Upsilon Circuit. A reality TV gameshow arranged around an action RPG. The “stars” play 8 at a time, and when they die they’re permanently eliminated. The real game is what the audience do to intervene in the game. It’s a bit like crowdsourced D&D. I could see something like this becoming a TV show. It has its own Max Headroom style presenter who resembles Doonesbury’s Ron Headrest.

Albino Lullaby. A survival horror game with the key selling point “no jump scares”. That immediately got my attention, because jump scares are cheap and annoying, whereas a really good horror game that doesn’t use them, like Silent Hill, can be terrifying. Developed using Unreal Engine 4, so hopefully there will be a non-Windows version and I’ll get to play it.

My Dream. Voxel-based multiplayer open world sandbox where players can use the provided tools to build their own environments — including creatures, traps and treasure. If you liked the idea of Minecraft but were put off by the retro graphics, or you liked the idea of Second Life but were put off by it being a giant mostly empty strip mall, this could be the game for you. Currently in Steam Early Access for Mac and Windows.

I talked to one of the developers about My Dream and hosting. The thing that has always discouraged me from putting time into building levels for games like LittleBigPlanet is that you’re typically at the mercy of the game’s owner — if Sony decide your LittleBigPlanet level is unacceptable, for example, it can vanish without notice. Similarly, people are often antsy about spending time building for online games which might stop working if they aren’t a commercial success. Apparently with MyDream, it’s possible to share levels via conventional download-and-install means, so those issues shouldn’t be deal-breakers.

Reflections. A 3D adventure game from the developers of Grave, a surreal procedurally generated open world survival horror game. Both seem to be based on rule-based engines that attempt to offer emergent rather than scripted gameplay. If they can deliver on their promises, they might be incredible. Of the two, I think I’m more interested in Reflections, which has an interesting graphical style.

White Night. A noir-influenced story-driven piece of survival horror featuring puzzles based on light and shadow and a style influenced by German expressionist cinema. Available now for Mac and Windows, but I’ll probably wait until I get a PS4.

That Dragon, Cancer. A video game based on the experience of parents who discovered that their one year old child had terminal cancer. This one may redefine how serious a topic can be tackled via video games.

Push Me Pull You. What Noby noby boy would have been if it had been two player football. Clear? Good.

Read Only Memories. A new cyberpunk adventure game with retro-style graphics. Inspired by games like Beneath A Steel Sky and Hideo Kojima’s Snatcher. Has both traditional point-and-click and console style controls. 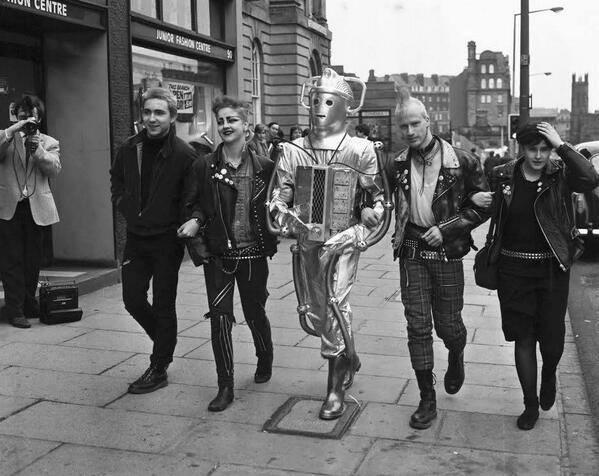 As you might expect, Oculus Rift and other VR hardware devices were everywhere. A company called Fove were showing a prototype VR headset which adds eye tracking to the mix; aside from interactivity, this allows for optimization by only rendering the parts of the scene that are hitting the fovea centralis at high resolution, and rendering everything else approximately.

Another company had foot joysticks to let you walk around. Still another had handheld controllers which allowed you to have working virtual arms and hands inside a VR world, but they aren’t in the brochure and I didn’t make a note of their name so I can’t link to them. Obviously the killer app here is to get me to exercise as much in the real world as I do in virtual ones. I have an unpleasant feeling that VR could be compelling enough to lead to an order of magnitude more health and fitness problems in the population as a whole…