Everybody has a phone with them all the time, but they rarely use it for voice calls. For people who’ve always hated telephone calls but wanted a pocket computer, like me, it’s great news. For people who enjoyed (comparatively) high fidelity voice calls, it’s not so great.

The best phone I ever owned, from a physical design point of view, was a variation on the Bell Trimline, a classic designed by Henry Dreyfuss in the early 1960s. Mine was from Southwestern Bell, based on a design from 1968 but with an extra blue programmable button that allowed me to use a different long distance provider and get cheap calls to the USA. 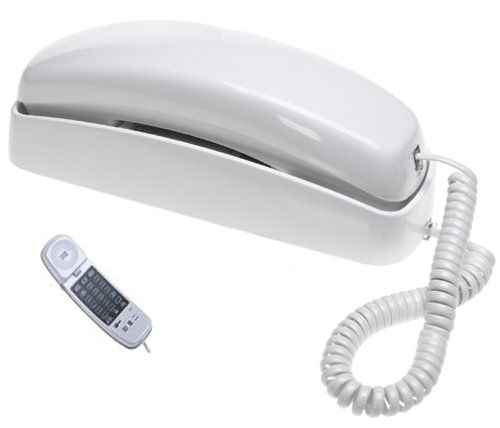 The cradle could be wall-mounted, and held the handset securely even if you bumped it. When you held the handset to your ear, it was sculpted in such a way that it curved around your face perfectly: 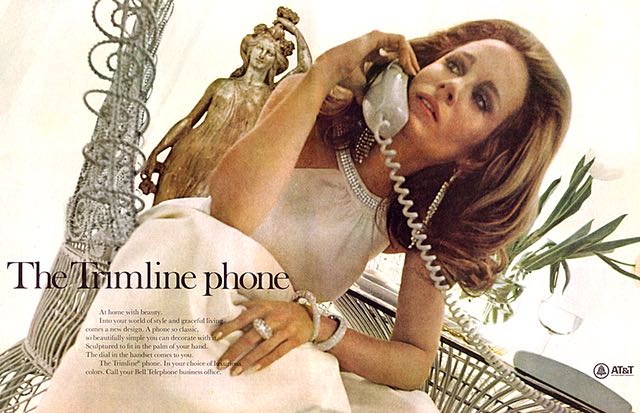 Furthermore, the back of the phone was perfectly smooth, with rounded edges that made it comfortable to hold even for long calls. The warm organic shape made it actively invite touch: it may sound strange, but sometimes I would run my hand over the back of the resting handset just to touch the polished curved surface. Someone spent a lot of time carving and sanding chunks of wood in order to get that design exactly right.

While I never really enjoyed phone calls, the design of the trimline made them as intimate and pleasurable as I think it’s possible for them to be. So it is that the physical design of our phones influences what they are used for. If people make fewer and fewer voice calls, part of that is because of the physical awkwardness of holding an increasingly large plate of glass to their ears.

For a while, Bluetooth headsets solved the problem, but then those became socially unacceptable and we had to go back to holding phones to our ears. While LG have been making gradually more curved smartphones, we’re still a long way behind the ergonomics of the 1960s — at least, if you want to make a voice call.