Time to check in again with the glorious brexit revolution.

S&P has confirmed the downgrade of the UK’s credit rating.

It’s increasingly clear that the pro-brexit politicans have no plan for what to do next. Well, except Theresa May — she’s already planning to abandon the European Convention on Human Rights.

Families are being driven apart as kids realize their parents voted to screw their futures. Police confirm a 57% increase in racist incidents. They are now holding emergency meetings to come up with a plan for how to deal with it.

Video recordings of racist incidents are now being posted on social media. People are reporting their own experiences on Twitter.

Stockbroker Peter Hargreaves was a major donor to the leave campaign. His holdings dropped by $2.9 billion. George Soros, meanwhile, won big from the thing he warned everyone not to do. 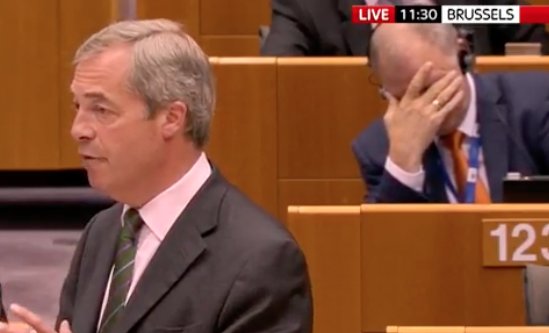 Cameron’s position is that the UK will be leaving the EU . As he said before the referendum, it’s binding. People are still wondering if the UK can get out of it somehow, though. So, what about that?

First thing to note is that the EU is rejecting any kind of discussion until Article 50 is invoked.

No hypothetical discussions, no preliminary lists of options. Confirm you’re leaving and start the 2 year deadline timer, then the conversation starts.

“Vote leave for a better deal” was already ruled out. Britain will not get access to the single market without being in the EU; that’s a pipe dream which has been explicitly rejected.

Also ruled out is the idea of the UK following the model of Norway, as essential precondition for a Norway-like deal (as far as the EU is concerned) is free movement of EU citizens. The Norway option would result in higher levels of immigration, and the UK voters have made it abundantly clear that they don’t want that.

So, what if the UK just doesn’t push the Article 50 button, ever?

Those concessions are immediately null and void, and migrants can now once again enter the EU illegally, marry an EU citizen, and move to the UK. I’m still waiting for the newspapers to pick up on this and go back to screaming about migrants. I’m sure they will soon.

In the mean time, the UK has now lost all influence over EU monetary policy. As far as the people in power in the EU are concerned, the UK has already left, as it has been threatening to do for 40 years — it’s just a matter of going through the necessary contractual obligations from the Treaty of Lisbon. Most of them are angry at the UK and want the Tories to quit stalling. Even the Belgians are angry; their former PM told Nigel Farage “Finally we will be getting rid of the biggest waste in the EU budget – that we have paid for 17 years of your salary.”

The pound dropped again before rallying slightly, and the FTSE 250 (the index to watch) leveled off, but it’s still early days. There’s a lot of “see what happens, just in case by some miracle it doesn’t happen”. For example, Siemens has just halted further investment in UK wind power manufacturing. Richard Branson has announced that Virgin Group has had to cancel a contract worth 3000 jobs after losing a third of its value on the stock market.

Feeling misled? Before the referendum vote Leave’s campaign director said “Accuracy is for snake-oil pussies”. Maybe you should have paid attention.