On 4 April 1965, President Abraham Lincoln toured the burned-out ruins of Richmond, Virginia. When numerous freed slaves began kneeling at his feet, he told them “Don’t kneel to me. That is not right. You must kneel to God only, and thank Him for the liberty you will afterward enjoy.” 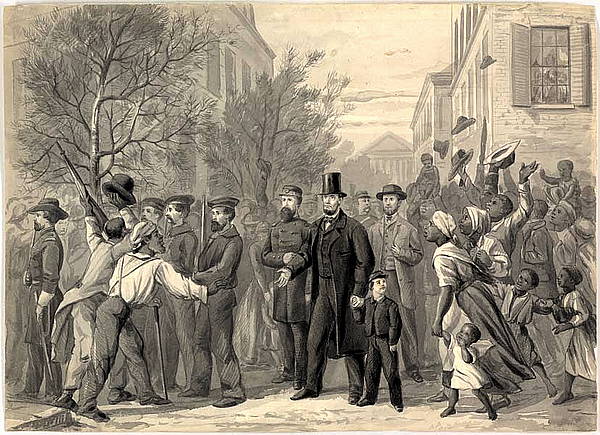 General Weitzel asked for guidance on how to treat city folk who had been loyal to the secessionist cause. Lincoln responded: “If I were in your place, I’d let ‘em up easy, let ‘em up easy.”

Lincoln remained in the city until 8 April, in the hope that Robert E Lee’s forces might surrender.