Late last week it became clear to the Trump administration that denials weren’t effective against SARS-CoV-2, and they suddenly felt the need to be seen to be doing something. So Trump announced that starting on Monday night, remaining flights from Europe to the US would be blocked.

Right now there are over 2,100 reasons why the travel ban is unlikely to be very effective, and thousands more who are out partying or enjoying spring break at the beach, blissfully asymptomatic. Still, you might think that as knee jerk reactions go, a travel ban is at least harmless, and could do a little good, right?

Unfortunately, there’s that minor detail, “starting on Monday night”. So this weekend has seen a flood of travelers from everywhere in the world rushing to fly to the US before the travel ban takes effect. The CDC weren’t prepared, the TSA weren’t prepared, Customs and Immigration weren’t prepared. As a result, US airports are packed to capacity with international travelers waiting to be processed. 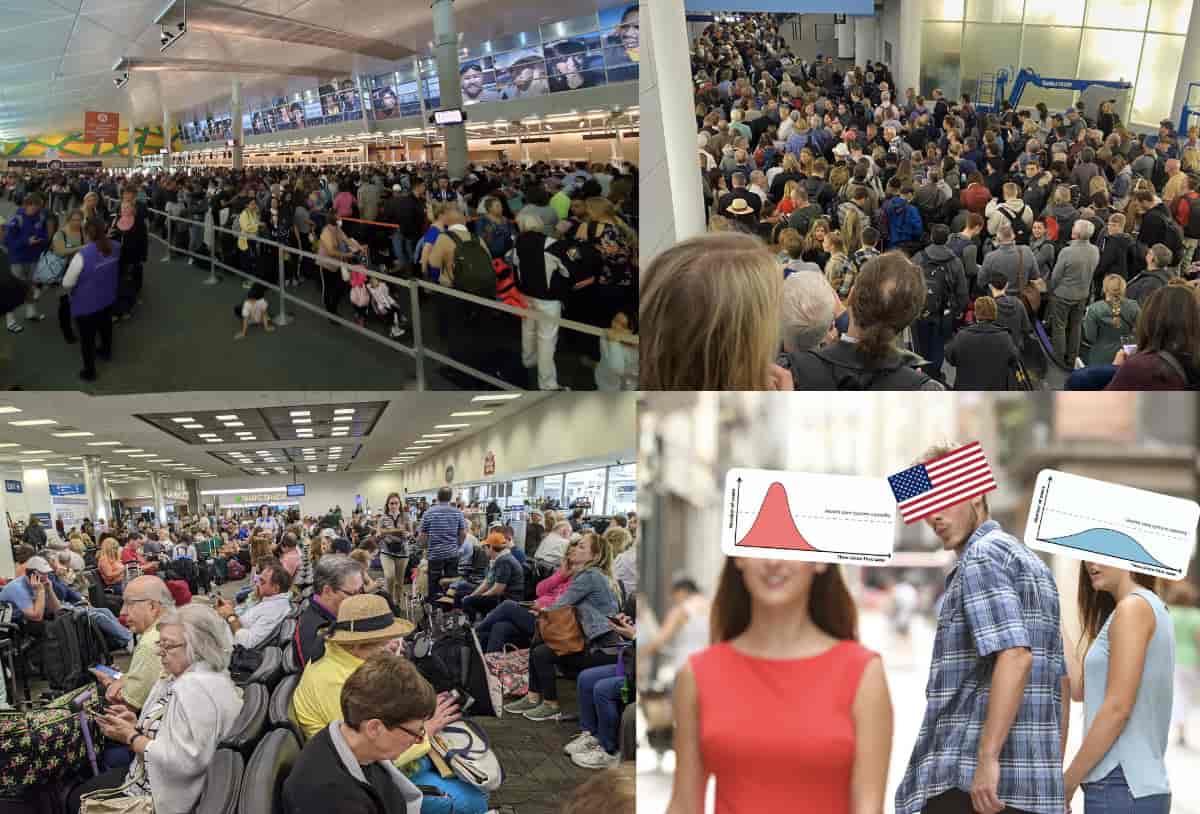 What should we be doing? Well, I’m no expert, but my initial answer would be “Whatever South Korea has been doing”. Of course, South Korea has universal healthcare, like every sane country.

At the local level, Austin saw three COVID-19 cases last week, and immediately shut down all the schools, and rothko’s classes are canceled for at least the next few weeks. SXSW had already been canceled. Downtown 6th Street is significantly quieter than usual, though still somewhat busy. South Boston saw big crowds on Saturday, and in response the St Patrick’s Day parade has been canceled and the city has been locked down.

Not all cities are taking the hint. New York is apparently still buzzing, and if nothing changes it’s likely to have a problem like Italy’s in just over a week from now.

Of course, if you’re young and irresponsible, the likelihood of your dying from COVID-19 is pretty small, probably not more than 1%. To a teenager on spring break in Miami, that probably feels like zero, though I suspect RPG players have a very different perception. We’ve all rolled a double zero on percentile dice, right? It may not happen often, but still, I’d rather not make that roll. How about you?