My gym has closed until at least April 1st. I had already decided not to risk it anyway. I’m a swimmer, and it’s not totally clear whether SARS-CoV-2 is destroyed by swimming pool bromine treatments or not. Instead, I’m getting some exercise by going out and walking.

My parents have decided to self-isolate. Dad has Non-Hodgkin’s lymphoma, so he’s at high risk. It means they don’t get to see the grandkids, but it’s the right thing to do. This evening I’d normally be spending the evening with a friend and her young son, but I’m doing social distancing, so I’m just eating some microwaved chili and writing this instead.

The UK government has definitely abandoned its high risk “herd immunity” strategy, after belatedly realizing how many deaths it would lead to. There were some stories yesterday trying to say it was all a misunderstanding or that the government hadn’t had all the facts, but the Editor of The Lancet isn’t buying that.

The US government passed a bill to ensure that 20% of workers be guaranteed paid sick leave, because unbelievably there is no requirement that companies offer any sick leave at all. Unfortunately even that proved too ambitious for the Republican death cult controlling the Senate, so it was scaled back further.

FOX News has suddenly decided coronavirus is real and an actual problem, reversing their position so quickly that some of their viewers have presumably ended up with whiplash. Four days ago it was a great time to fly, today Fox and Friends were practicing social distancing on the show.

It has been reported that Trump the germophobe would have taken COVID-19 seriously, except Jared Kushner convinced him it was media exaggeration. Maybe he needed time to get his web site set up to make money from it.

The Federal Reserve has now pumped $2.2 trillion into the banks to try to slow or reverse the stock market downturn. For all the good it did, they might as well have shoveled the money into a burn pit and set fire to it. Curiously the people who always ask “How can we afford it?” when a universal US healthcare system is suggested, remained silent during this debacle. 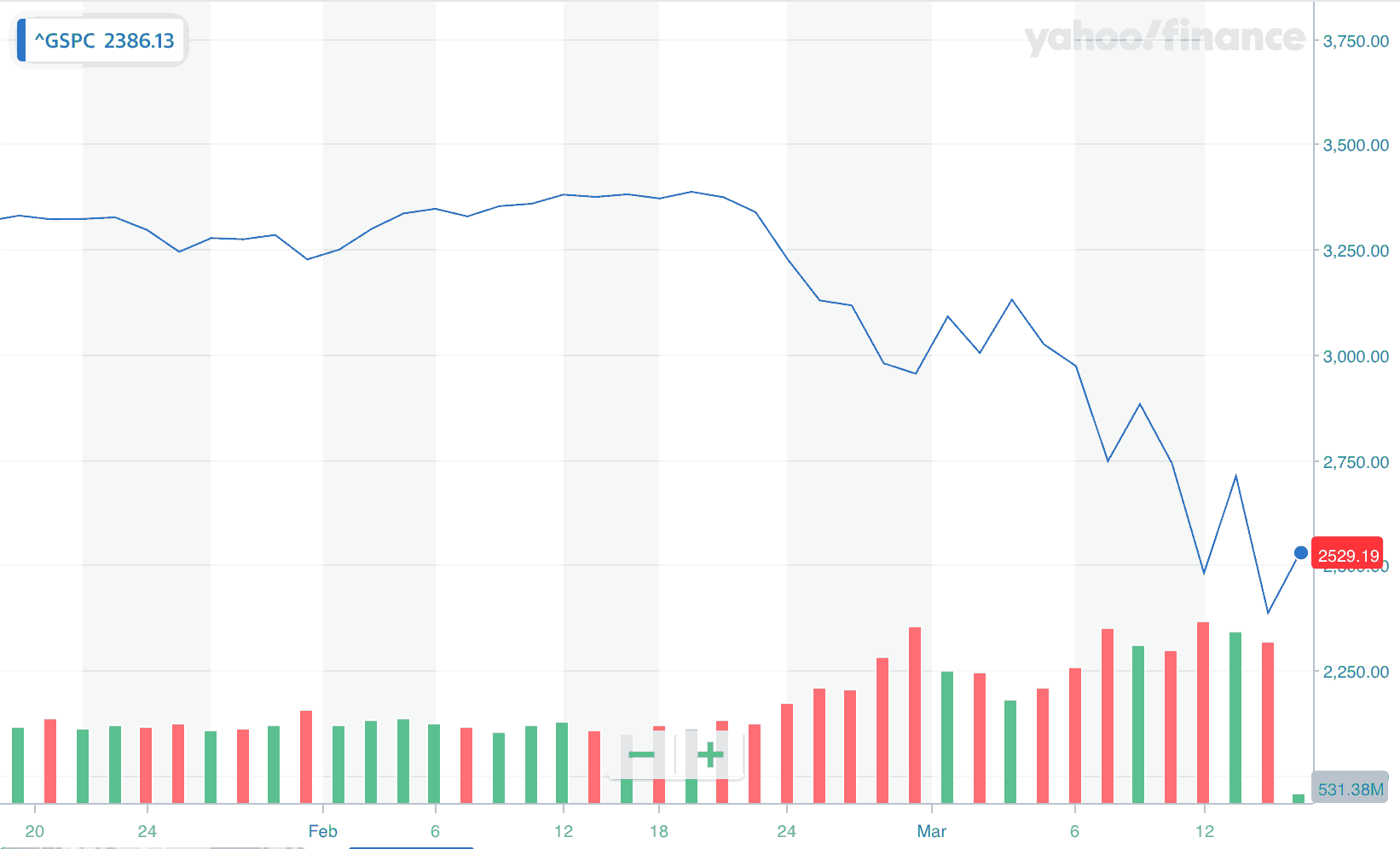 What Congress ought to be doing right now is working out a plan for offering everyone at least the option of Medicare coverage. What they’re actually planning to do is discuss a bailout for casinos. No, really, and also cruise ship operators, airlines, hotels, and the oil and gas lobby. You might think the airlines at least have a legitimate need, but that would be to ignore the fact that they spent 96% of their recent cashflow buying back their own stock.

Meanwhile, a company that makes ICU ventilators — which, remember, we only have around 100,000 of — said that it could increase production fivefold, but that there have been no orders from the US. Asked about this, Trump told states they should try to get their own.

The Federal Department of Veterans’ Affairs is supposed to assist with medical treatment in case of major pandemic, but that information has been quietly removed from the VA web site.

There have been a few positive changes, though. The TSA has relaxed the arbitrary stupid rule about liquids, you can now carry hand sanitizer on the plane. Internet providers have turned off their arbitrary cash-grabbing bandwidth limits. Police have stopped helping landlords evict tenants. All kinds of arbitrary policies have been revealed as totally unnecessary.

Ohio has even started releasing low-risk inmates from jail, because they don’t actually need to keep people in jail for minor offenses. What will happen in prisons if coronavirus spreads through them? Well, inmates aren’t allowed hand sanitizer, and lots of US prisons have terrible overcrowding and ventilation issues that have been largely ignored for years. Thank Joe Biden.

Still, the US is actually only about the 100th most overcrowded prison system. Iran is much worse; they’ve now released 85,000 prisoners, including political prisoners. They’ve also dug two huge mass burial trenches which were spotted from space by civilian satellites.

Back in the US, ICE said on Friday that it had no positive cases of coronavirus in any of Trump’s concentration camps. I wish I believed that. For now, let’s all note that they have been warned and are aware of the risk.

And remember these thoughts I found:

after this is all over, be sure to remind people, as often as they’ll allow you to get away with it, that:

keep a running list of your favorite facts and get them in front of as many folk as you can, as often as you can, and maybe, just maybe, we can get more folks on board for change