(Austin, TX) Bipartisan Republican group Save Austin Now remains undeterred by the failure of its Proposition A in recent elections. The group vows to return in 2022 with Proposition A++ Would Vote Again. The new improved proposition will mandate that the city of Austin maintain at least one police officer per citizen.

“The city has less property crime than a decade ago, and the murder rate’s lower than it was in the ’80s and ’90s, but that just isn’t good enough,” explained Save Austin Now’s spokesperson, a sock puppet wearing a Democratic Party logo pin. “People want an end to all crime, and Proposition A++ will do that, by assigning each citizen a personal police officer to watch over them and make sure they don’t fall victim to any crimes — or commit any.”

Asked whether Austin really needs more police funding when the department already has its largest budget ever and the largest per capita budget in Texas, Save Austin Now’s Matt Mackowiak responded “What is wrong with you people? Austin PD only costs 40% of the city’s general funds at the moment, don’t you want to be safe?”

Of course, it wouldn’t be a post by me if it didn’t have statistics to back up the claims, right?

Based on Austin’s population history and the official Austin PD crime statistics, here’s a graph of homicide rates per capita: 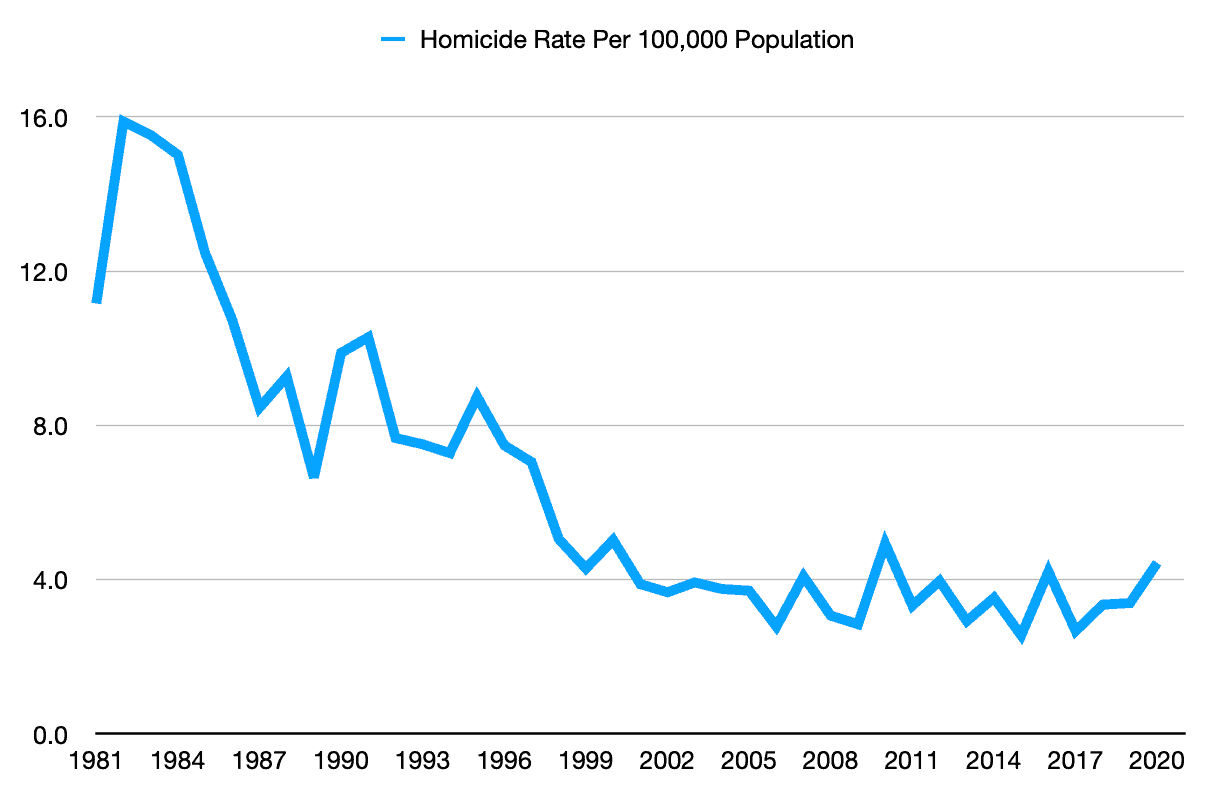 I went with the same source for population stats from 1981 to 2016, but had to switch to the (close but not quite the same) “Full Purpose Jurisdiction” figures for 2017 to 2020. Since those figures are lower, they make the per capita crime rate look worse, so I figure it doesn’t invalidate the point the graph makes.

For property crime stats, you can check KXAN’s interactive graph. Basically, property crime is down, except for motor vehicle theft which is up significantly.