I’ve noticed some recent discussion and news coverage of the idea of labeling foods with red, amber or green labels, based on how healthy they are. It’s known as the ‘traffic light’ system.

This isn’t actually a new idea. It was proposed in 2006 in the UK, but didn’t happen then because of objections from the processed food industry.

Studies had examined the effect of the traffic light labels on people’s eating, compared to US-style ‘recommended daily intake‘ labels. 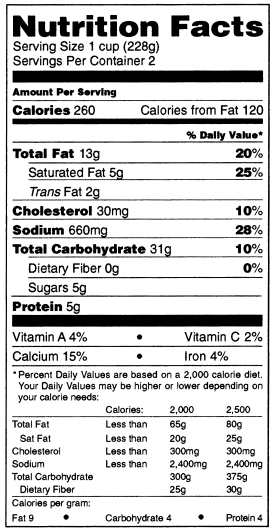 Part of the problem with RDI labels is that you need to know which numbers to look at, which means you need to be informed about current research on nutrition. Worse, some of the figures don’t have percentages, which means that you need to know how much sugar is reasonable and how much protein you need in a meal. Absent that information, it’s all too easy to look at the percentage of your day’s fat intake, see that that’s low, and tuck in to something which has 20g of sugar, all the while believing that it’s healthy.

Last year, the UK finally rolled out traffic-light labeling, but only as a voluntary scheme. Even so, the food industry protested.

Of course, traffic light labels are a big simplification. There’s some concern that they have been implemented in a way which unfairly discriminates against the so-called ‘Mediterranean Diet’. It’s increasingly becoming clear that sugar and salt are the big problems in our diet, and that fat is relatively harmless, and if the labels don’t reflect that, they could be actively harmful.

Of course, it’s a bit academic for those of us in the USA anyway — given the relatively high degree of control food corporations have over the FDA, I don’t plan to hold my breath waiting for traffic light labels here.