Well, notionally simple. Actually having the willpower, well, that’s a whole separate discussion. But here are some tricks to start with.

The first thing I did after deciding I needed to lose weight, was to cut my soda intake to zero. There is absolutely nothing good about soda. A single can of Coke contains more than a day’s sugar. Soda has no nutrient value aside from the glucose which makes up half the sugar, and it will often leave you thirstier. It’s about as bad for you as a can of beer, and I’d rather drink the beer. What about diet soda? Well, it turns out that diet drinks also seem to be pretty bad for you. Bizarrely enough, they seem to increase the risk of diabetes more than regular sodas. They also lead to more soda consumption, confuse your metabolism, and make it harder for your taste buds to adjust to enjoying a healthy diet again.

Of course, some of that might be reversing cause and effect. Obviously people who are overweight are more likely to drink diet soda rather than regular soda. There are studies which have tried testing the effect of sugar-free soda on otherwise identical populations, and those have found that there was no effect on weight gain.

Still, my conclusion is that diet soda is probably best as a short-term tool to help you cut your sugar intake, and you should still cut soda almost entirely for the long term. Sparkling water, of course, is fine, as is sparkling water with a hint of actual fruit in for flavor.

The second biggest source of toxic processed sugars in my diet, after soda, was yogurt. I was a big fan of probiotic yogurt. Turns out, one small carton of Activia yogurt contains 17g of sugar. It’s right there as the third ingredient in the ingredients list, too; they even call out the fructose.

OK, I thought, what about Yakult? Sadly, one tiny little 80ml bottle of that still has 11g of sugar. In fact, sugar is the second ingredient after water! There’s Yakult Light, but that still contains 4g of sugar, as well as unpleasant tasting stevia extract. I decided that was still too much sugar, given the total lack of pleasure I got from consuming the things. It seems that about the best you can do for yogurt, at least in the US in 2014, is Greek yogurt. That still leaves you with 7-10g of sugar, but at least it’s in a fairly large quantity of yogurt. Still, that’s a lot when your target is 25g for the day.

I reluctantly moved yogurt into “occasional treat” status. I get my bacteria in reduced fat cottage cheese now, and add in a little fresh raw fruit.

3. Get the right oils

We have three kinds of oil in the house.

Extra virgin olive oil is for savory dishes where it complements the taste.

Light-tasting olive oil is for most other cooking.

For anything where the light-tasting olive oil still isn’t tasteless enough, canola.

Processed foods tend to use soybean oils, which are good for omega-3 and omega-6, so that they can crow about their omega content. Canola and olive oil are high in monounsaturated fats. The combination should ensure a good blend of fats. Plus, it’s healthier to get omega fats from fish oil rather than processed food.

4. Get whole grain everything

Bread, pasta, flour, cereals — look for the ones that are whole grain. It has to be the specific words “whole grain”.

Eating better food meant learning what to buy all over again, and breaking habits. With an overall goal of 25g of sugar for the day, or just 8g per meal, the fastest way to eliminate foods from consideration turned out to be checking their sugar levels. Unfortunately this means inspecting the nutritional info box on the back or side of the package.

The FDA is proposing a new nutritional facts label which will break out added sugars from naturally occurring ones — for example, refined sugar versus sugar from actual fruit. Until the new design is rolled out, you have to refer to the ingredients list to estimate how much of the total is added sugar, remembering that it might appear as cane juice, molasses, honey, or agave. (All contain fructose.)

Once I had eliminated soda, yogurt and ice cream, and cut out various other higher sugar foods (like some Thai curry), I quickly discovered that yes, sugar is addictive. Suddenly I craved sweet things, disgustingly sweet things like Cadbury’s Creme Eggs. I found myself getting irritable at things which didn’t bother me before. I persevered, and after a few weeks I had an interesting experience. I’m an occasional cereal eater; I’ll eat it perhaps once a week or so. One morning when I tried to eat some cereal that I had eaten a week or two before — Cinnamon Toast Crunch — I found I couldn’t. It was too sweet, yet at 10g of sugar per serving, it’s not exactly a highly sugared cereal.

Rats in a lab will choose sugar over cocaine, but I had broken my sugar addiction without switching to nose candy. Four months in, the most sugary cereal I now like is Corn Chex, 3g per serving. But I prefer Shredded Wheat, which somehow tastes sweet to me even though it has no sugar. (What’s up with that?)

I had an idea the other day: Suppose instead of manufacturers deciding portion sizes, the FDA got a sample of random consumers, gave them the package, asked them to eat one serving, and used the average amount eaten as the single serving size for the nutrition label?

It’s a safe bet that the portion sizes on lots of foods would end up very different. Nobody eats half a pack of ramen, half a can of soup, a single slice of bread or 1 Pop-Tart.

There are a bunch of issues at play here. The first is that with no visual cues at all, we tend to eat as much as is served up in front of us. What’s more, our estimate of how much we’ve eaten compared to reality is non-linear — that is, we overestimate how much we ate with small portions, and underestimate with large portions.

With snacks, a “sharing size” bag can be a major problem, because we decide when we’ve finished eating based primarily on visual cues. So if you want to reduce your calorie intake while still feeling like you’re eating, dish up the amount of food you are supposed to eat, and put the rest of it away.

A particular problem is restaurants in the US which offer “bottomless” drinks. Refilling the glass means you have no visual cue as to how much soda, wine or beer you’ve consumed, so you tend to consume more. This has been reproduced in bottomless soup experiments as applying to food too, so beware the helpful waitstaff who offer to bring more chips and salsa.

Basically, there’s a reason why restaurants clear away the empty plates quickly and refill the drinks continuously: it makes you eat and drink more. So, when you’re at home, serve everything up on the smallest dish that can hold it; and when you’re done eating, leave the dish there in front of you to remind you that you just ate.

7. Use the right plates and bowls

Although as adults we all understand volume conservation, it turns out that subconsciously we still get fooled, and hunger is more of a subconsciously-controlled phenomenon. Hence people who decide to eat half a bowl of cereal will tend to put more cereal and milk into a wide, shallow bowl than a taller one. So to help control portion sizes, try to find bowls which are about as tall as they are wide, but tapered towards the bottom to reduce actual volume. 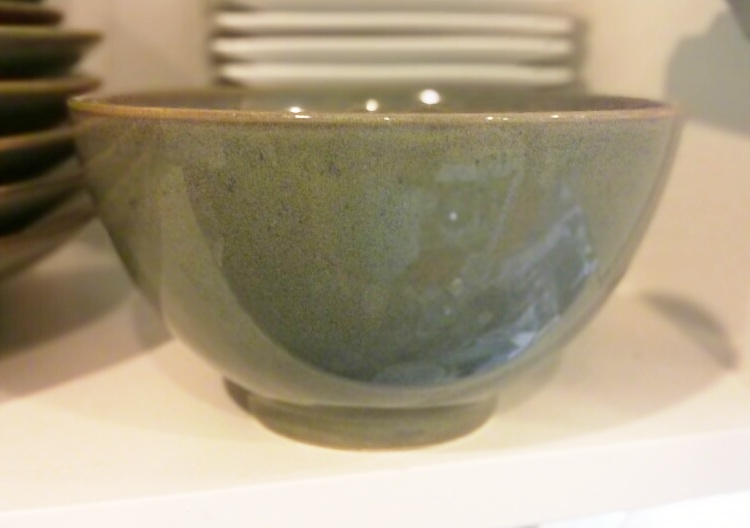 With plates, the bigger the plate is, the smaller the food looks, and subconsciously it will feel like you’ve eaten less. So try to serve food on the smallest plate that will hold it.

Economists will tell you that there’s a phenomenon called “price framing”. If you present people with a high price — even an utterly unreasonable one that they would never pay — it will increase the amount that they are subsequently willing to pay. That’s why there are stores that always seem to have a sale running; even if nobody ever pays the full price, having it there on the label makes you willing to pay more for the item than if there was no higher price shown.

Unfortunately, food and drink work the same way. That 1.9 liter 7 Eleven Double Gulp may be self-evidently ludicrous, but once you’ve seen it offered, consuming the ordinary 1 liter Big Gulp seems much more reasonable. The McDonalds “child size” soda is now 350ml, but back when McDonalds started in the 1950s, the adult size was 240ml. Given that 350ml of soda contains 50% more sugar than an adult should be ingesting in a day, the label “child size” is a bit of a sick joke.

It’s the same at Starbucks. I’d never order the Venti, but having it there makes me feel a lot more favorably inclined towards the Grande. What’s more, labels that say “small” or “medium” make people willing to consume more, even in the absence of a “large” or “venti” to frame the decision.

This is the real issue behind the attempted New York City soda size restrictions. It’s all very well to say that people should show personal responsibility, but the fast food manufacturers are exploiting a psychological glitch in how our brains work, and it’s literally killing us.

It takes the satiety signals from your stomach up to 20 minutes to reach your brain. If you wolf your food, you’ll end up eating more.

Similarly, distracted eating tends not to register with the brain as food intake. Don’t snack at your desk — stand up, walk somewhere else, and snack with full focus on what you’re eating. I found that a notional serving of chips and hummus was actually a pretty good quantity if I stood in the kitchen and concentrated on eating it.

When I was a young child I was something of a picky eater. In an attempt to get me to eat things I didn’t like, like pork and bacon, my mother would sometimes resort to reminding me that there were starving children in Africa. Unfortunately, this left me psychologically conditioned to feel guilty if I didn’t eat everything I was served. Breaking this conditioning has been difficult, but it has been an important part of improving my diet.

Later in childhood, I had two younger brothers competing with me for food. Whoever ate fastest got first crack at second helpings, and the chance to grab the best stuff first. This similarly conditioned me to eat quickly, another habit I had to break.